India, Pakistan and Afghanistan – Photographs of the 1940s

The recent geo-political upheaval in Europe led us to re-examine a remarkable photographic collection in the IET Archives which spans another place and time of great political uncertainty, namely India in the mid to late 1940s. The collection, comprising 15 albums of photographs, is known as the Proudlock collection, and was formed by Lieutenant Colonel Robert Victor Proudlock who served with various military signal units in India, Pakistan and Afghanistan from 1946 to 1949. The image below, taken in the Khyber area in August 1946 (today one of seven tribal areas in the Federally Administered Tribal Areas region of Pakistan), shows members of the Signal Section of the Landi Kotal Frontier Brigade Group together with their W.S. 22 signal equipment on a pack horse.

Robert was primarily engaged in supervising the erection of telegraph lines and wireless masts. This period of Robert’s work covers the partition of India and the creation of Pakistan in August 1947. The photograph below, taken 28 January 1947, is a signpost at the Khyber Pass, the mountain pass connecting Afghanistan and Pakistan.

Robert had been an officer with the Indian Army in World War One and retired at the rank of Captain following the war in 1922. He was temporarily re-employed with the Royal Corps of Signals in World War Two before beginning his signals assignment in South Asia in 1946. The various roles held by Robert over his period of service from 1946-1949 were;

The Collection of Photograph Albums

The albums show many aspects of the work involved with the installation and use of telegraph and wireless infrastructure in a very rugged and hostile terrain, such as the image above where members of the Baluchistan Signals work on temporary back-stays on a pole and the rope stops on wires (February 1946).

The image below (October 1946) shows the ‘difficult’ road conditions in mountainous territory that Robert had to navigate in his jeep. The road in question was the road to Chitral. Chitral was the capital of the princely state of Chitral until 1969 when it was incorporated into Pakistan and became an administrative district, the northernmost district of Pakistan.

However, the images have broader appeal than just signal installations. In addition to spectacular landscapes the material also includes images of daily life and surroundings that would be of interest to both historians and social historians. 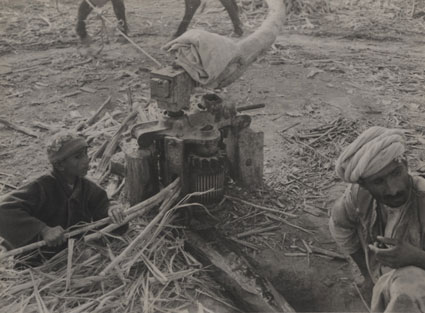 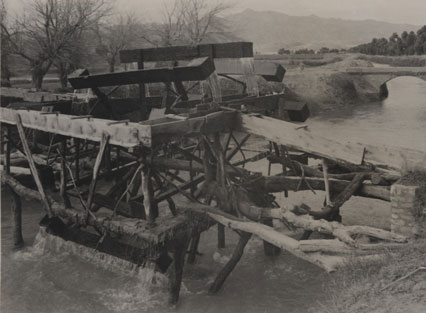 The Partition of India

The Partition of India was the partition of the British India Empire that led to the creation of the sovereign states of the Dominion of Pakistan (which later split into Pakistan and Bangladesh) and the Union of India (later Republic of India) on 15 August 1947. Partition here refers to the division of the Bengal province of British India into East Pakistan and West Bengal (India), and the similar partition of the Punjab Province into West Punjab (West Pakistan) and East Punjab (now Punjab). Partition also refers to the respective divisions of other assets including the British Indian Army, the Indian Civil Service, the railways and central treasury. 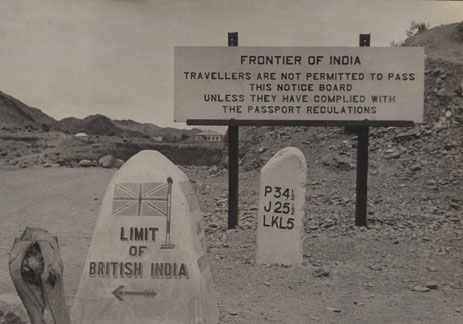 In the riots which precede the partition in the Punjab Province, it is believed that between 200,000 and 2,000,000 people were killed and the Office of the United Nations High Commissioner for Refugees (UNHCR) estimates that 14 million Hindus, Sikhs and Muslims were displaced during the partition, the largest mass migration in human history.

The Proudlock collection (archive reference SC MSS 50) can be consulted by researchers at the IET Archives by appointment.

One thought on “India, Pakistan and Afghanistan – Photographs of the 1940s”