The IET Archives has just completed the cataloguing of a collection called the ‘John Kemp Papers’, the third of four collections donated in the second half of 2015 relating to individuals who spent most of their working lives with Standard Telephones and Cables Ltd (STC). 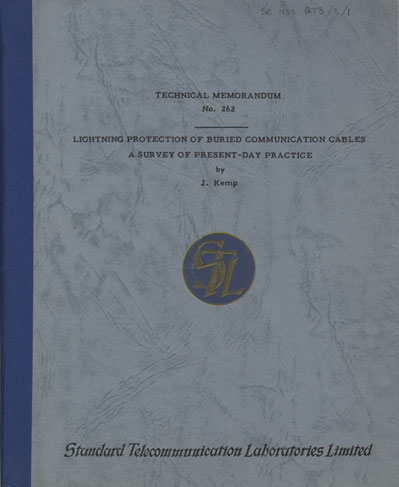 John Kemp joined Western Electric in 1921 which became Standard Telephones & Cables (STC). He rose to the position of Chief Cable Engineer and travelled extensively with the company until 1939. John Kemp continued to work for STC after WWII up until his retirement from STC in the 1950s. He wrote many technical papers for Standard Telecommunication Laboratories Ltd (STL), which was the central research laboratory for STC, and also wrote several journal articles. John Kemp joined the IEE as a Graduate member in 1924, became an Associate Member in 1926 and then a Member in 1935.

The material deposited comprises mostly technical reports and articles written by John and also other technical publications produced by STC and related companies. However, one of the files in the collection is a little different and contains photographs and documents about the trans-Andean telephone cable between Chile and Argentina.

The trans-Andean telephone cable, linking Santiago in Chile and Buenos Aires in Argentina, was laid circa 1930 and at the time was the world’s highest telephone cable. The 16km section of the cable through the high Andes was made at the North Woolwich factory of STC and STC also supplied other equipment to this project. The cable was laid in a shallow trench and one of its special characteristics was the resistance it afforded to earthquake shocks. The STC photograph below shows typical mountain terrain for the project and it shows the difficult conditions that were faced when the cable was laid circa 1930.

This next photograph shows the cable at an iconic point on its route, in front of the statue of Christ the Redeemer of the Andes.

Christ the Redeemer of the Andes is located high in the Andes, on the border between Argentina and Chile, at 3,832 metres, on the old road between Mendoza in Argentina and Santiago de Chile. It was unveiled in March 1904 as a celebration of the peaceful resolution of the border dispute between the two countries and is said to have been made from the cannons of war.

The following STC advertisement, that promoted STC’s involvement with the cable, appeared in The Daily Mirror in February 1931. 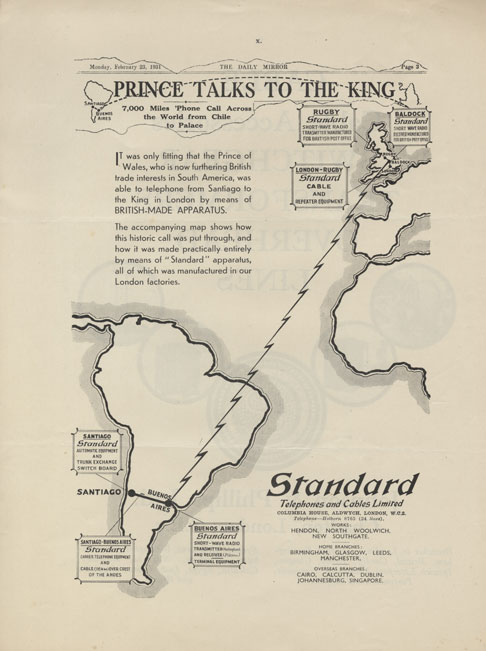 The telephone conversation to which the advertisement is referring took place on 22 February 1931 between HRH the Prince of Wales in Santiago, and HM the King, at Buckingham Palace, London. The conversation and the engineering feat received wide press coverage which in turn resulted in the Union Telefonica preparing an album of photographs of the laying of the cable, and illustrating how such a communication could be possible, which was ultimately presented to the Prince.

John Kemp appears to have visited Chile in 1963 and during this visit took a series of photographs of telephone lines, telephone infrastructure, and work on telephone lines. It is not entirely clear whether these photographs (without annotation) are solely related to the trans-Andean telephone cable and the route of the cable, but they were located in the same folder as the other material related to this cable. Three of the photographs from this series are shown below. In the first image the telephone lines can be seen attached to the side of a railway bridge. 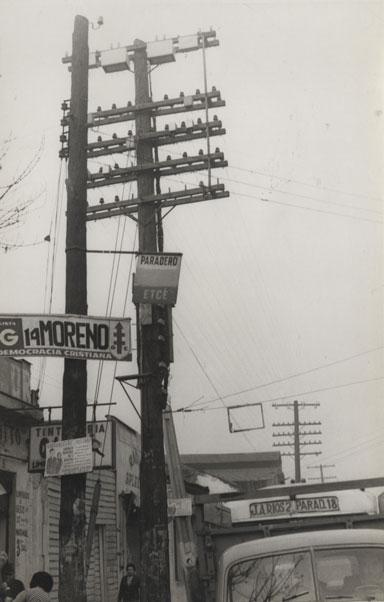 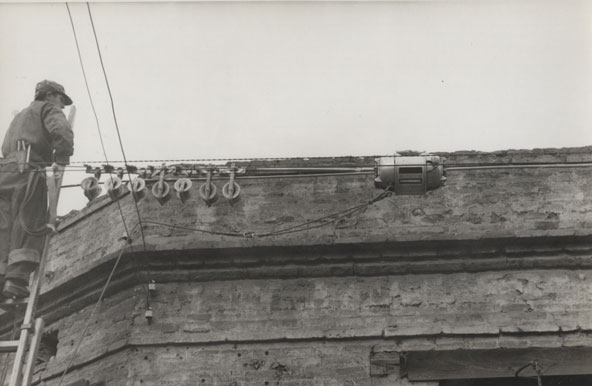 For those interested in the technical history of STC and its communication products or the history of telecommunications in South America, the John Kemp collection has been catalogued with an archive reference SC MSS 273 and is available to consult by appointment at the IET Archive Centre, Savoy Hill House, London.