Electrification of the Bombay, Baroda and Central India Railway 1926 – 1928 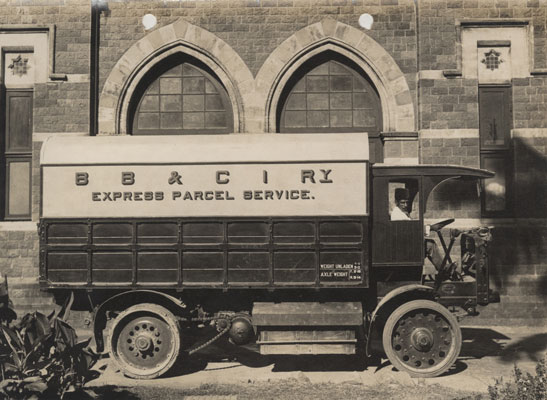 The IET Archives has just completed the digitisation of a photographic collection concerned with the electrification of the Bombay, Baroda and Central India Railway (BB & CI Railway) between 1926 and 1928. The photographs, which were donated to the archives in 1989, belonged to Lieutenant-Colonel W E Dennis, Divisional Engineer of the BB & CI Railway, who was responsible for electric traction.

The Bombay, Baroda and Central India Railway began life in 1855 to undertake the construction of a railway line between Bombay and Vadodara in India which it completed in 1864. The first suburban railway in India was started by BB & CI in 1867, operating between Virar and Colaba, a railway station in Bombay Backbay. The main headquarters, also known as the General Office, of the BB & CI Railway was located in Churchgate, Bombay and is shown below. The image was taken between 5 February and 29 February 1928 when it was illuminated with four 1,000 watt projectors.

Work took place between 1926 and 1928 to electrify the Bombay Suburban Section of the BB & CI Railway and this section, between Colaba and Borivali (37.8 km), was opened 5 January 1928. Only two suburban tracks were electrified between Bandra and Borivli in 1928, with the two main tracks being left for steam locomotives.

The photographic collection comprises 69 images and captures events during and after the construction of the electrified section, from the installation of the first structure in 1926 up until the opening ceremony in January 1928. A selection of the photographs showing some of the events appear below. 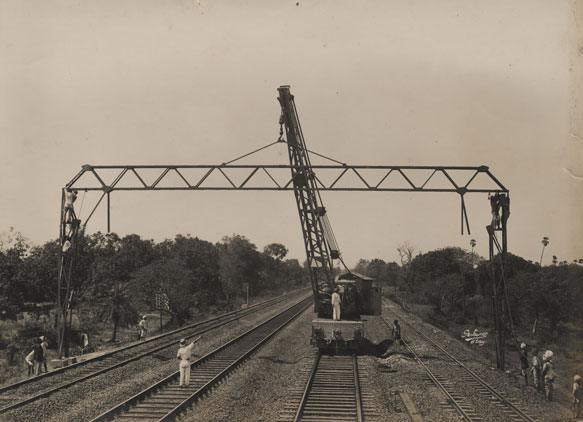 2. Erecting structures in May 1926 (whilst a steam locomotive passes by). 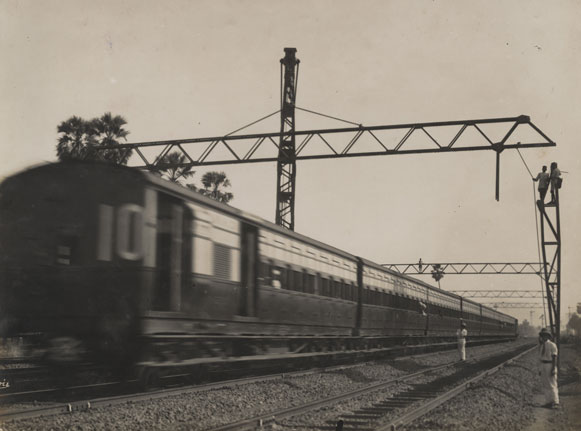 4. Lifting a coach from the boat to the quay, first consignment arriving at Bombay August 1st 1927. 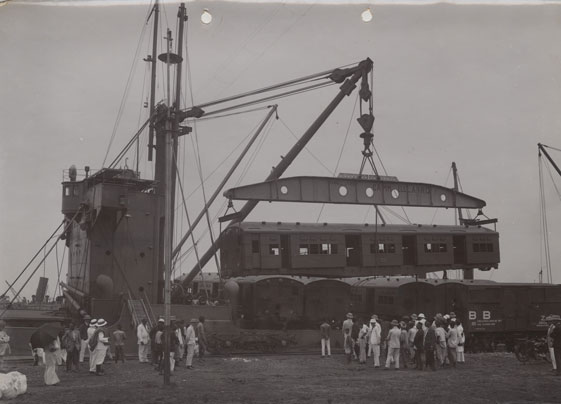 7. Painting the new electric coaching stock in the carriage shops at Parel during December 1927.

8. The crowd looking at the train on the opening of the electrified section on 5 January 1928. 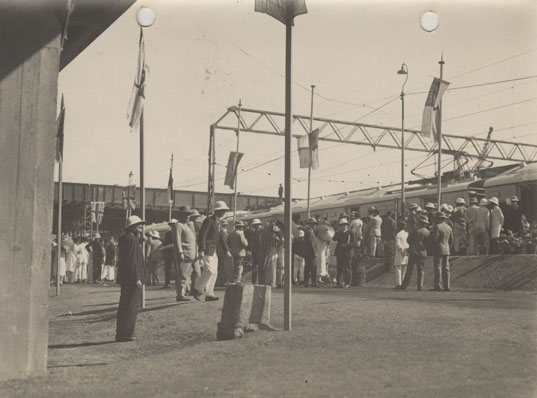 Lieutenant-Colonel William Edwin Dennis was a member of the IET’s predecessor the Institution of Electrical Engineers (IEE). He joined as a Graduate member (Graduate IEE) in 1919 when living in Hull, and became an Associate Member (AMIEE) in 1924. After his spell working for the BB & CI Railway in India he returned to the UK to work for Western Electric in London. William became a Member (MIEE) in 1940 and the last IEE membership list on which his name appeared was the list for 1964-65 which possibly coincided with his retirement. The later lists show that he had been in the Royal Signals in the military.

The image below shows William, probably in January 1928 at the opening of the electrified railway (he is shown on the right of the photograph without a hat). William’s annotation on the back of the photograph says, ‘the Governor questioning me as regards the scar on my head’. The story behind the scar is explained in an accompanying note from William’s family. The note says that William acquired the scar, which is being referred to, in the course of his work. Apparently he was standing on the footboard of a moving train, leaning back to inspect the overhead gear when he was swept off by some obstruction. He was lucky to escape without more serious injury, but he carried the scar on his head for the rest of his life. 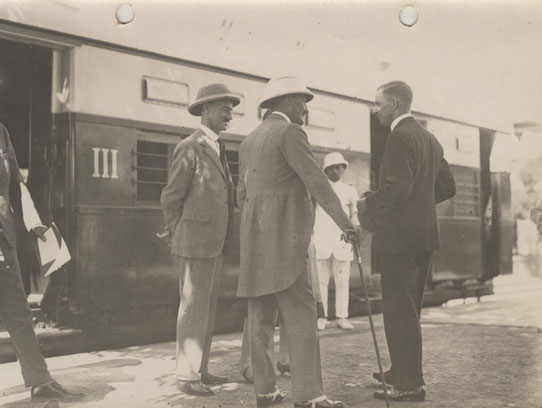 The photographs in the W E Dennis collection have been catalogued with an archive reference NAEST 105/3 and are available to view by appointment at the IET Archive Centre, Savoy Hill House, London.