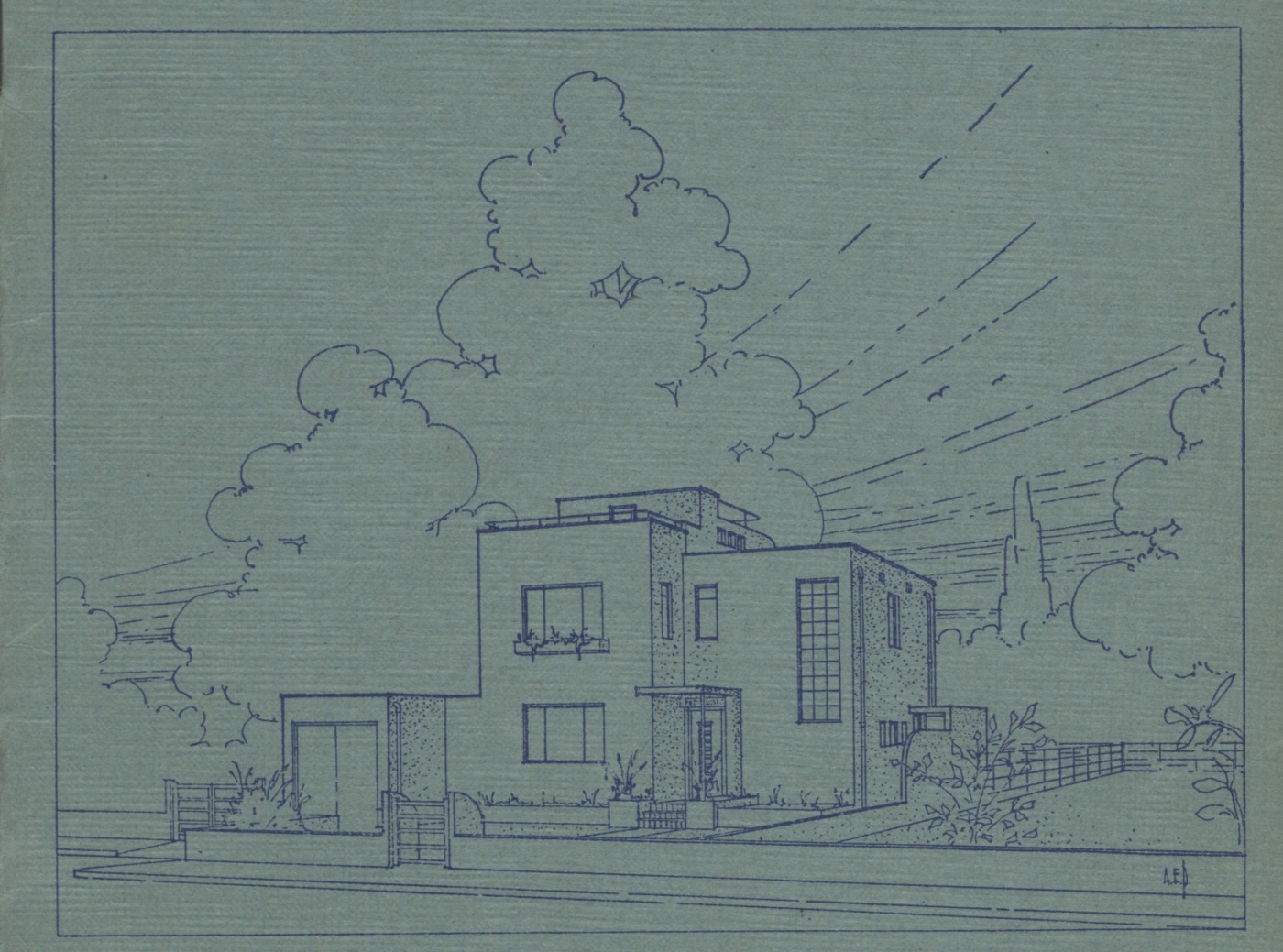 The Electrical Association for Women (EAW) was formed in 1924 adopting the slogan ‘Emancipation from drudgery’ with the aims of encouraging women to be consumers of electricity and to educate them to be more knowledgeable about electrical apparatus. They were also a mouthpiece to express a woman’s point of view when it came to electricity in the domestic setting.

The records we hold in our EAW archive are evidence of the volume of work involved in this endeavour that spanned continents with branches as far away as New Zealand and the Caribbean. It eventually came to a close in 1986.

A publication written circa 1936 embodies everything that the EAW stood for; equipping a home with modern electrical conveniences whilst educating both the consumer and manufacturer on what was required to run a functioning home.

The All-Electric House was proposed by the EAW to provide a comfortable and pleasing dwelling for those on a ‘modest income’ (an important feature in the EAW’s work). The cost of the house was fixed at £1000 and was to include construction, main appliances and furnishings. The challenge was to find out whether manufacturers could supply equipment that was requested by women at a reasonable price and to incorporate these in the design of the home. It was also to encourage women to take more interest in the design and usability of their home. The site chosen was in Bristol.

Emphasis was placed on the benefits of using electricity over traditional methods to heat and light the home. These benefits are brought up again post-war with regards to domestic planning and reconstruction (see: the role of electricity in post-war planning ).  The benefits espoused included financial as well as efficiency, cleanliness, quietness and safety. These were as important to the consumer then as they are now. A simple comparison with the All-Electric House and new builds today shows that innovative materials and building methods are key in providing affordable homes that are sustainable and do not have a negative impact on the environment.

A modern design for modern living

Prominence was placed on the construction of the home to provide optimum insulation making it as efficient as possible. Insulating materials, asphalt, reinforced concrete, rendered exterior walls and fire-resistant plaster for the interior walls were all utilised. New innovative materials such as Vitrolite was used in the bathroom which was both aesthetically pleasing but also sanitary.

Today we talk of smart designs to maximise space efficiently, but this was also of prime concern in the All-Electric House. Cupboards were integrated, a dresser in the kitchen incorporated an ironing board, the front of the kitchen cabinets would fold down to form a table and folding seats were attached to the walls. Room dividers helped create separate spaces whilst the bedroom fires were controlled from the bed allowing for that little extra luxury in the cooler months. As the method of heating was by electricity there was no need for fireplaces or chimney breasts which created extra space in the All-Electric House.

Consideration was also given to the scale and cost of furniture with unity achieved by employing similar colour schemes throughout. Simple design furniture was chosen so as not to date quickly. Previously a maid would have been employed to carry out some of the household chores but in this modern age there was no need for a separate scullery. Instead the money could be spent on equipping the kitchen with time-saving devices thus emancipating the housewife from the drudgery of household chores. With an ample supply of lighting and power points the consumer could enjoy the benefits of electricity. Heating was immediately available, there was little cost on cleaning and fires could be placed in all rooms not just where fireplaces were positioned.

A house for all

The idea behind the All-Electric House was to build a house that was affordable but did not compromise on comfort. Electricity was chosen for heating and lighting. Construction of the house utilised innovative materials and techniques to ensure sustainability. Appliances were also placed on display to show the prospective consumer what could be achieved with the modern technology available. The EAW All-Electric House achieved all of this and more by showing that a home could be designed and built at a reasonable cost that incorporated the equipment required for running a modern household.

The All-Electric House is a publication by the EAW and is available for research at the IET Archives (reference NAEST 93/09/08).