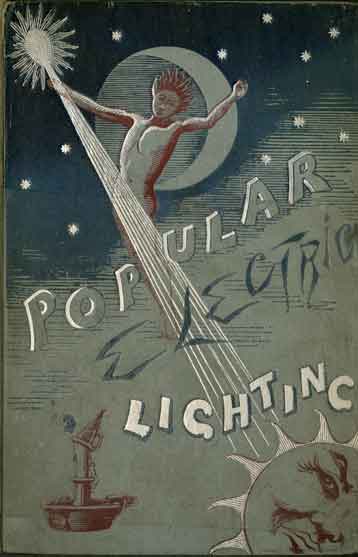 Advertisements are ubiquitous; they pervade our television sets, radio waves, billboards, newspapers and most recently social media. The first kind of advertising dates back to ancient times when announcements were made to publicise events.

This blog looks at a small selection of advertisements found in the journals and trade directories held in the IET Archives’ collections. These advertisements are often overlooked in place of the academic papers they sit alongside yet they too tell a story of cultural developments as well as technological innovations.

A brief history of advertising

Early advertisements were usually short statements of facts. It was only after the Industrial Revolution that consumer goods became more affordable and available. Therefore manufacturers had to compete and persuade their customers that they needed their product. With technological innovation consumers also had to be ‘educated’ and fears allayed therefore advertisements had to address these issues too.

By the nineteenth century advertisements began to mix images and words, adopting words that are now familiar to a modern audience. A basic format included a slogan or an image to grab attention. Once this had been achieved the body of the advertisement contained more information such as the benefits of the product and why it was required.

Other early advertisements relied on vivid imagery to get their message across, especially to show off their product with detailed drawings. To a modern audience some of these look more like a page from a catalogue than an advertisement but the aim was to list the vast range of products available; lengthy descriptive text was not a priority, the images spoke for themselves.

When creating an advert certain techniques are used to appeal to basic human behaviour; either our desires or our fears. For instance electrical appliances and domestic lighting were advertised alongside images of luxurious lifestyles and beautiful women. The efficiency and safety of electricity was also constant theme in the battle to win over customers from using gas.

Throughout advertising there is sometimes subliminal (sometimes overt) stereotyping as a means to convey identity or cultural norms. Gender stereotyping was one of the most common at this time with men portrayed as practical, professional, alongside industrial machinery whereas women were more often portrayed in a familial setting with small domestic appliances.

As shown with the selected advertisements from engineering journals and professional scientific trade directories, advertisers also made use of stereotyping to sell their products. However, this was because they were targeting a specific audience that fulfilled that stereotype. Therefore this blog does not set out to challenge this but rather to look at the audience and how these advertisements can tell us much about society at the time.

Electric lighting was a new phenomenon at the turn of the nineteenth century. In 1881 an exhibition in Paris demonstrated electric lighting to huge crowds and again a year later at Crystal Palace.

From the 1880s electricity was personified in a number of literary and iconographic forms. In an attempt to domesticate electricity it was given anthropomorphic characteristics to show that this personification was helpful and agreeable rather than something to be feared and misunderstood. Visual depictions of electricity as fairies, angels, goddesses (female) or mythological, genies, sprites (male) were abundant from 1880s with the rise of electric lighting.

Let us look at the feminine portrayal first. This drew upon the iconography of Art Nouveau between 1880 and 1914 and the similarity with the pose of the Statue of Liberty in America is telling: holding a torch (electric lamp) aloft symbolising liberty, freedom, progression, futurism; all relevant associations for electrical consumerism.

Later, in the first quarter of the 1900s, the pose changed to a more opulently clad figure holding a lamp in both hands, such as the Mazda ‘goddess’ who held the lamp against the sun as its only rival in the competition for lighting, or the lady with the lamp in the Robertson Lamps advertisement. 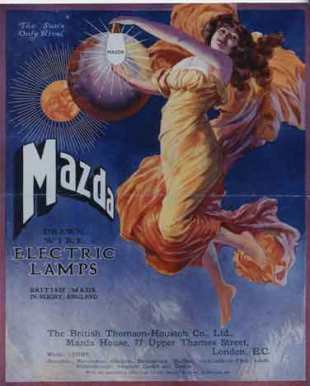 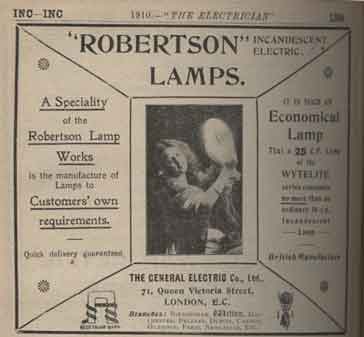 Another, later, depiction of the commodity was the personification of electricity as a benevolent fairy. Fairies are typically young, kind creatures that represented the new technology that was to be welcomed in to the domestic setting. Visual depictions such as the series of advertisements below sought to address fears and answer questions as to what was electricity and what would happen if it were to be brought in to the home.

Male depictions, such as genies, sprites and wizards, took a different angle – that of the servant or slave. Drawing on popular Arabian stories such as the genie and the lamp, electricity lay quietly in wait until summoned to perform. With the flick of a switch electricity became the obedient servant working a number of appliances that allowed their owners freedom from relentless household chores.

Early advertising sought to address fears and questions surrounding electricity. It was promoted as a progressive technology, one that was safe and convenient to use in the home. By the 1930s, when the National Grid was completed and more homes than ever before had a supply of electricity, advertisements focused on electrical appliances rather than the supply of it. Therefore personifications of electricity disappeared taken over by representations of the lifestyle it afforded once it was welcomed in to the home.

Representations of women in advertisements

Women championed electric lighting as they literally saw the benefits it could produce in their home.  Their involvement culminated in the formation of The Electrical Association for Women (E.A.W) in 1924 which helped to promote and educate other women (and men) on the benefits of electricity. Not only did the unpleasant smell associated with gas, oil and candle lighting disappear, but a new flexibility in household routines was established. For the first time housework could be spread over the day rather than being confined to daylight hours. The main meal could be prepared in the evening rather than at midday thus liberating women from these tasks during the day. Women were also the target audience for domestic appliances; their efficiency and economy was often praised with the benefit being ‘emancipation from drudgery’, the slogan of the EAW. Such aspiration was cleverly marketed to women using imagery of beautiful women who were able to look after their home (and by implication themselves) with good lighting.

Electrical appliances were also aimed at women as the main consumers. The benefits of the product, electricity’s cost efficiency, the cleanliness it afforded plus their safety over gas were the focus of many advertisements.

Over the decades the way women were represented also changed. Women’s role as domestic servants to their household is documented by many an image of her by the hearth, the oven and later the vacuum cleaner and the washing machine. However, this advertisement in particular focuses on how her role as a maid could be swapped with an electrical supply and electrical appliances which would in effect become her ‘maid’ drawing back to the symbolism that electricity was the slave to its mistress.

The duality of women’s roles as the one who took care of domestic duties as well as herself can be clearly seen in these two examples of advertisements in The Electrical Age, the journal of the EAW, as they sit alongside each other.

Even husbands get a light-hearted mention as a man can’t resist touching the appliances that have always sat firmly in the woman’s domain.

Bucking the trend there are some advertisements where the woman is represented in a professional capacity or in a role other than housewife. These advertisements are from the Women’s Engineering Society Journal, The Woman Engineer, which was aimed at encouraging women in to the field of engineering or supporting those working as engineers.

The use of electricity was a technological breakthrough that brought better lighting and an array of appliances that made chores quicker and easier. It was the future and an aspirational lifestyle that was being sold. In its infancy electricity was feared so consumers had to be educated with signs that told them they need not use a match for the lights nor was it injurious to health. By the 1930s electricity was better understood so advertisers publicised its modernity by comparison to the old-fashioned gas utility. As mentioned above, electricity was personified as a young fairy or sometimes an infant child, gas by comparison was an elderly character symbolising the old ways.

Electricity’s economic benefits were also seized upon with many an advert espousing the relative cost by comparison to a candle or appliances that were both efficient  in cleaning as well as to run.

Some advertisements used popular patriotic imagery such as ‘The lamp that lights the Empire’. Notice how the British Empire on the globe is lit up with the rest of the world in ‘darkness’ implying electricity brought progress and innovation. Or the strength of the product was praised by using the symbolism of an elephant to represent longevity sitting triumphantly on top of the world. 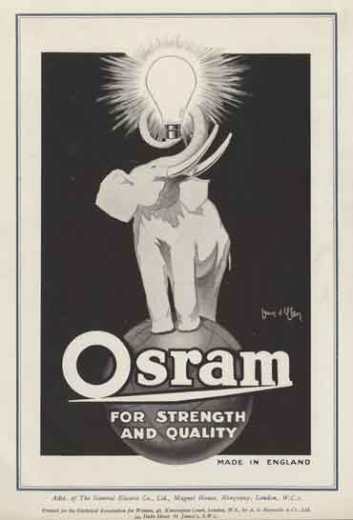 Another popular theme was the health benefits that electricity brought. Many advertisements extolled electricity’s virtues as a means to have better health through more leisure time; the cleanliness the appliances gave consumers; the minimum labour involved; the safety afforded and better sight – all through the flick of a convenient switch!

More information about the personification of electricity can be found in Graeme Gooday’s book ‘Domesticating electricity: technology, uncertainty and gender, 1880-1914’ (Pickering, 2008).