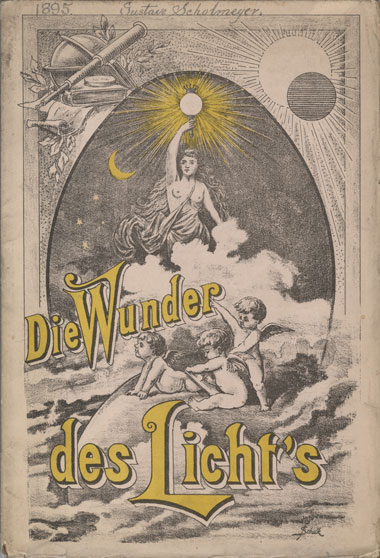 A recent blog delved into a volume of recently conserved pamphlets in the IET Archives, originally in the collection of S P Thompson, which was on the subject of optics. Another pamphlet volume also recently conserved has the title ‘optics miscellaneous’, and includes the pamphlet in German illustrated above, written by Gustav Schollmeyer, and published in Germany in 1895. However, what captured my attention was a letter within the volume dated 1892, and which referred to the Camera Club in Charing Cross Road, London.

The Camera Club was founded in 1885, and still exists today, although now based in Kennington, and it is one of the oldest photographic clubs in the world. It was created when the editor of Amateur Photographer magazine, J Harris Stone, called together prominent photographers of that time, to create a group that aimed at being, ‘a social, scientific and artistic centre for amateur photographers and others interested in art and science’.

The 1st and 4th pages of the letter, which includes the embossed address of the Camera Club, are show below. It was written by George Davison at the request of Captain Abney, President of the 1892 Photographic Conference. Davison, the Honorary Secretary of the Camera Club, asks S P Thompson to read a paper at the Society of Arts. 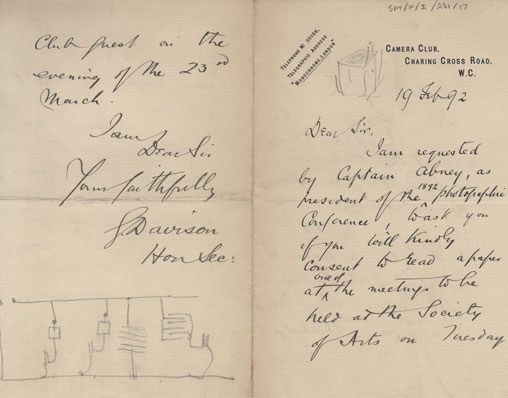 The full text of the letter says;

“19 Feb [18]92. Dear Sir, I am requested by Captain Abney, as President of the 1892 Photographic Conference, to ask you if you will kindly consent to read a paper at one of the meetings, to be held at the Society of Arts on Tuesday & Wednesday 22nd and 23rd March next. Captain Abney was at the Club here last night & he expressly desired me to ask you if you would contribute a paper or address to the Conference, either upon lens testing or upon technical education or any other subject you might be able to give us. I forward you a copy of our Conference journal of last year. I am also instructed to ask you if you will honour the Club by your company at our annual dinner as Club guest on the evening of 23rd March. I am Dear Sir, yours faithfully, G Davison, Honorary Secretary.”

George Davison (1854-1930) is a fascinating character in his own right and was a noted English photographer, a proponent of impressionistic photography, and a co-founder of the Linked Ring Brotherhood of British artists. He also held a position as Managing Director of Kodak UK and became very wealthy through an early investment in Eastman Kodak. The Captain Abney mentioned in the letter is William de Wiveleslie Abney (1843-1920) the English astronomer, chemist and photographer.

Whilst the 1891 Camera Club Conference journal referred to in the letter is not present, we do have a copy of the 1895 Camera Club Conference journal (cover shown below), which can be found in another of S P Thompson’s pamphlet volumes. The list of officers of the Camera Club, given in the back of the journal, show that by 1895 George Davison had been replaced as Honorary Secretary by R W Cox, although Abney was still President. 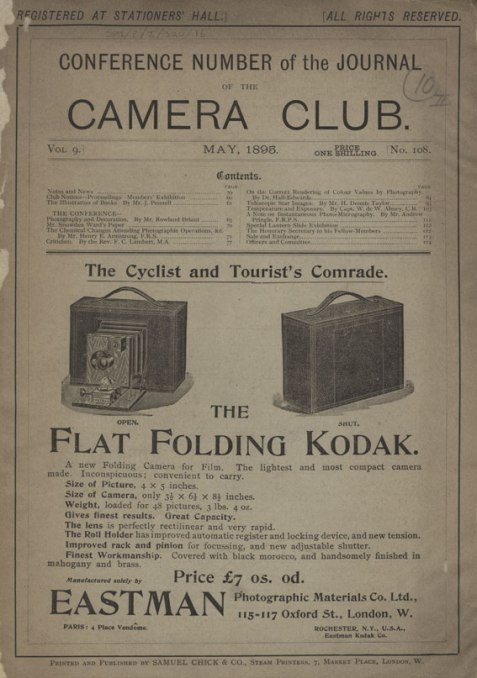 For anyone wishing to view the pamphlet volume ‘optics miscellaneous’, it has an archive reference SPT 231 and can be consulted in the IET Archives by appointment.